Well, the first batch of NPCs is nearly complete, and will be included in the next TatooineRP update! There will eventually be dozens throughout Tatooine, most of them in Mos Eisley. Each NPC randomly cycles through multiple animations and can say between 200-1000 randomized phrases (depending on the NPC), this will later develop into a mission-based NPC creation for SWRP!

The first batch of NPCs will be included in the next TatooineRP update, which should be available sometime in June.

These NPCs really bring a lot of LIFE to the SIM, and each has its own personality! No copy/paste phraseology here, each one tailored to their individual personality!

I am currently working on some new mesh avatars for the SIM that will bring more Tatooine to TatooineRP, especially inside the Cantine.

The Mos Eisley Cantina on Tatooine began as a spaceport bar for travelers from around the galaxy who had to make a stop on the desolate planet. This is why there was such a variety of species in the Cantina in Star Wats. So I plan on doing the same.

TatooineRP is available (BETA v.05202022) on Kitely.com and the OS hypergrid! 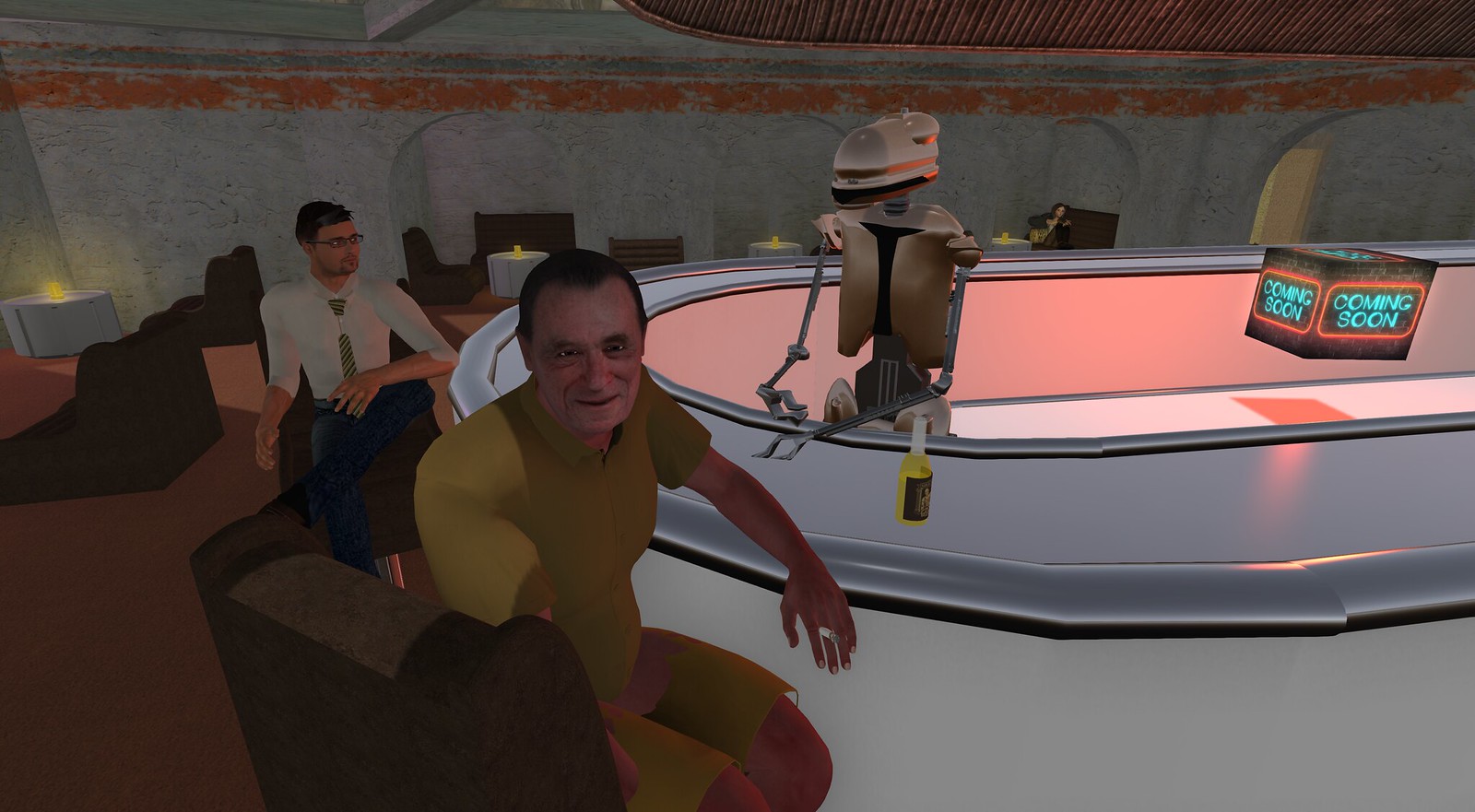