As most of you know, I have spent the last 3 months building TatooineRP. Lately, I have been working on NPCs. With the help of some really cool people, I got a couple of animesh characters in-world. After some more help with scripting, I got the characters to respond to external triggers. The dancer will begin dancing when the jukebox is played. I also began writing scripts for random dialog from the NPCs when you click on them. Honestly, between the random idle animations, the reaction animations to external stimulus (such as the jukebox), and random dialog, they really make the place feel more alive!

I was fascinated with the animesh, but there are not a whole lot of options out there that fit my needs, so over the weekend, I taught myself how to create mesh avatars for my sim.

It went very well, and my creations work both as a player avatar as well as an animesh. Anyway, I will be spending the next week or two creating NPCs to place all over TatooineRP and bring the town to life! Currently developing Jawa meshes, here is a picture of the first one I made that works in-world.

After I create a bunch of NPCs I will be working more on the dialog scripts. Eventually, I will be able to have a "mission-based" dialog and even set up some basic RPG tasks for rewards!

It's tough getting served in Mos Eisley Cantina when the droid doesn't realize your 40 years old.

THANK YOU to everyone who has helped and answered questions, and THANK YOU to all who have visited TatooineRP and donated to help fund the progress! BTW, 100% of donations go to pay server costs to keep TatooineRP online. 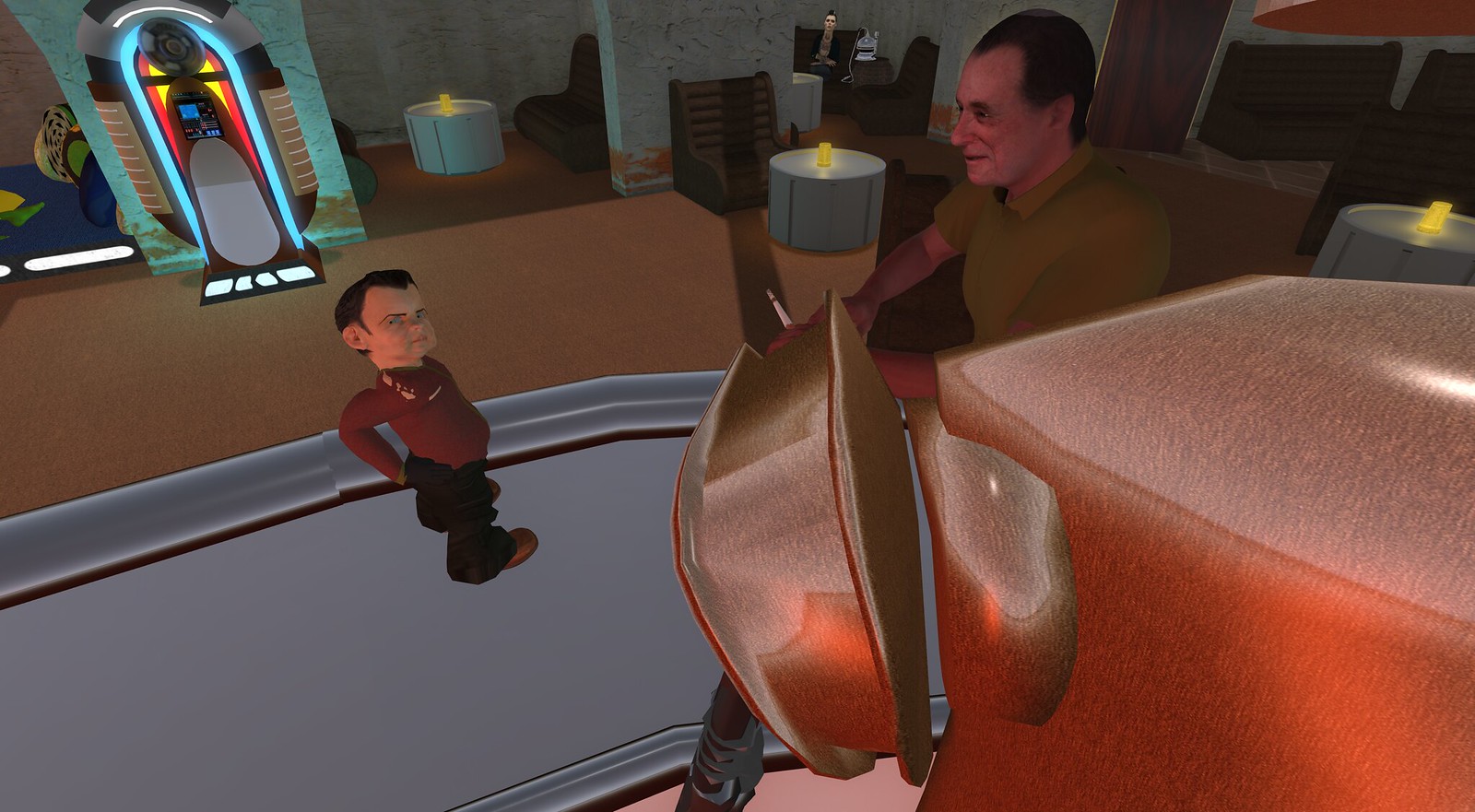 Guess that's not the greatest pic LOL...AO made him move right when I snapped a pic, I'll have to get a better one next time im on ha ha
B. A. Shields (Lunk Portal)
TatooineRP Region
TatooineRP Website
Kitely Market - Lunk's Loot
My Novels and other Projects
https://linktr.ee/bashields
Top
Post Reply
2 posts • Page 1 of 1