THURSDAY October 3rd at 7pm: THE BRIDE OF FRANKENSTEIN

THURSDAY October 3rd at 7pm: THE BRIDE OF FRANKENSTEIN 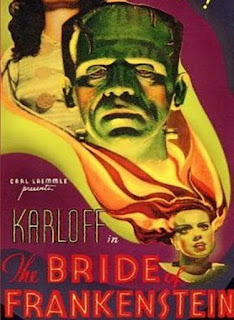 "The Monster Demands A Mate!"
THE BRIDE OF FRANKENSTEIN

After recovering from injuries sustained in the mob attack upon himself and his creation, Dr. Frankenstein falls under the control of his former mentor, Dr. Pretorius, who insists the now-chastened doctor resume his experiments in creating new life. Meanwhile, the Monster remains on the run from those who wish to destroy him without understanding that his intentions are generally good despite his lack of socialization and self-control.

Tonight’s story, written by Guy Preston, was derived from the 1935 screenplay of the same name, and was published and released at the same time as the movie. That movie “monsterpiece” was created by James Whale, and is widely considered the best film of the “golden age” of horror cinema. Cue the lightning . . .

Join us in Second Life & Kitely

Re: THURSDAY October 3rd at 7pm: THE BRIDE OF FRANKENSTEIN

Thank you Kitely!!
Great time had by all!

Frankenstein and Bride of Frankenstein Avatars from Sun Made Fashions made it awesome!
https://www.kitely.com/market?store=2060003