The progress has been coming along nicely on TatooineRP, and we are right on schedule. Of course, that schedule lays out a plan to develop the 8-region SIM over the next few months because of all the work that we are doing.

We have accomplished a lot in the last six weeks, and later this week (May 20th, 2022) we will be releasing our first update to the current BETA, which is available at https://www.kitely.com/virtual-world/Lu ... l/Tatooine

The May update will include houses in Mos Eisley that can be rented, as well as some shops that can be rented. Shop owners will be allowed to sell their Star Wars themed items as well. We also put a Real Estate office in Mos Eisley where you can easily find houses and other properties for rent. There is an interactive map that allows the user to see all of the locations and street names as well.

Some of the display tables for the marketplace and Jawa Traders area have been added, and some of the street vendor's areas are starting to be populated with items. These items are for the overall look and feel of the streets, products for players to purchase will be added in a later update.

The addition of an outdoor cafe has also added to the look and feel of Mos Eisley. These are just some of the updates coming to TatooineRP.

We will post a full list of version details when the update is completed on May 20th, 2022. Until then, here is a small list of some of the things we are currently working on for TatooineRP.

Check out TatooineRP today and see the progress we are making! 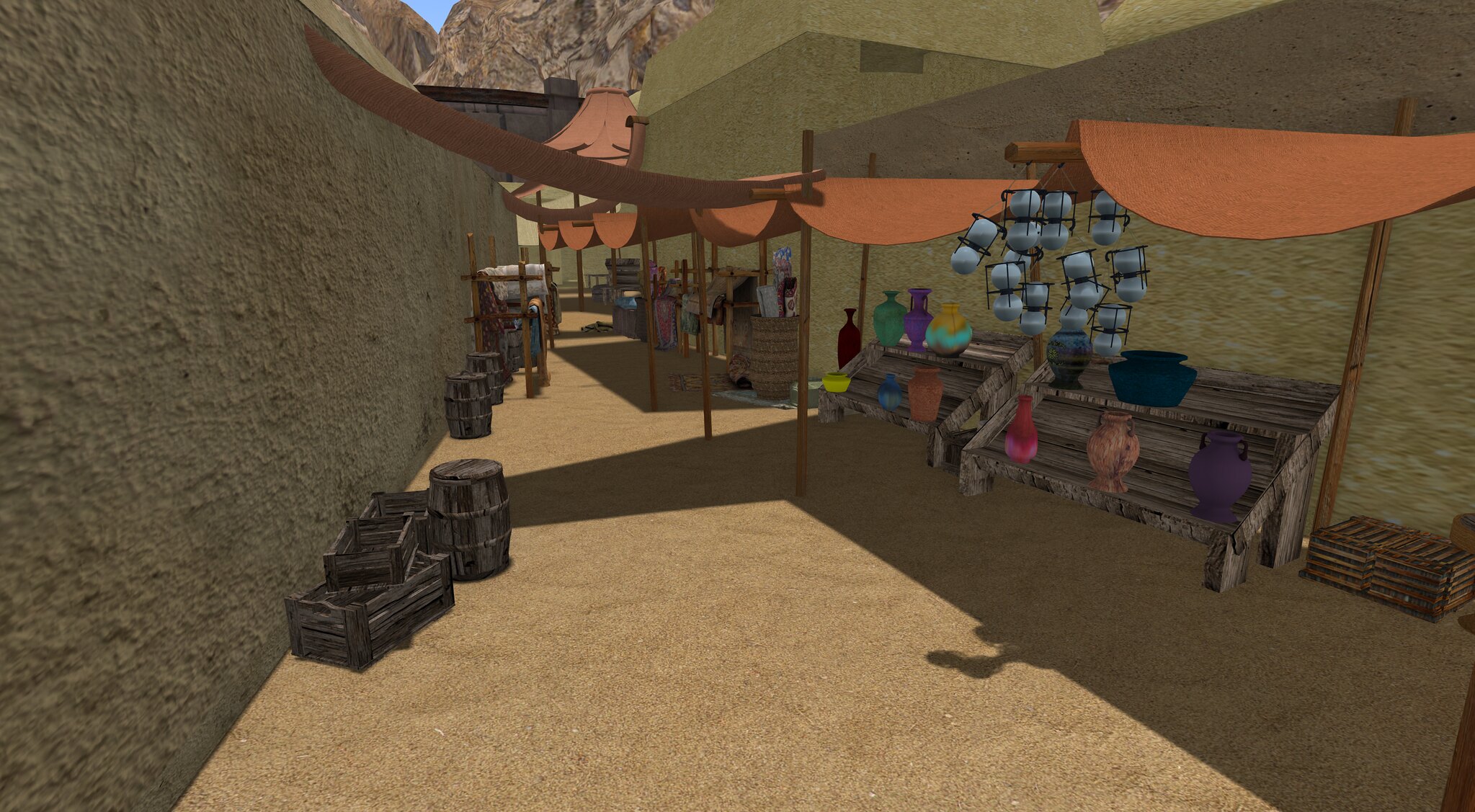 Re: TatooineRP Update to BETA

This Friday I will be doing our first BIG update to the sim. Hopefully, all goes smoothly and TatooineRP will have all the updates working properly! Because I have never done an OAR update, I don't know how long it takes to complete, but my assumption is about as long as loading the first OAR. I hope everyone enjoys it!

I will be posting a complete list of updates in this pack on our website www.TatooineRP.com, and get right to work on the next big update! I hope to be out of BETA by autumn this year. A few more months should have everything up and running smoothly!

Thank you to everyone who supports us! There are many ways to support, including visiting, renting a house or shop to sell your items, donations, or buying products and items which will be sold on TatooineRP exclusively (some things will be in Kitely Market, but definitely not everything).

And thank you to Lynda F for the generously large donation

It is greatly appreciated and 100% goes into the server!
B. A. Shields (Lunk Portal)
TatooineRP Region
TatooineRP Website
Kitely Market - Lunk's Loot
My Novels and other Projects
https://linktr.ee/bashields
Top
Post Reply
2 posts • Page 1 of 1