How to correctly upload mesh

Re: How to correctly upload mesh

Michael Timeless wrote: ↑
Sat Aug 29, 2020 7:56 am
If you would like to demonstrate this on a large 4x4 in Kitely I would be more than willing to give you a sim for two weeks 4x4 to demonstrate your work to potential clients.

I did take Michael up on his generous offer although I ahd to get some other projects done first so it took me a week or two. Right now I'm busy adding grass and other smaller plants to the build and then it's rocks and other stuff but I think it's already a very presentable region and as a demo of what can be done with low lag trees, it's all but done although I'll proably add a few more trees and I haven't added wind animation yet.

For those who like to visit, the region is named Fallingwater. (The name of the build is Skogholmen - which translates as "the forest Islet" but I have to stick to the name the sim already had of course). Take a walk along the roads there in mouselook with Estate Time widnlight, 1024 m draw distance and Ultra graphics and you should get an experience that feels far more like Real Life than any other virtual reality I can remember to have seen.
Most modern computers should be able to handle Ultra graphics in an optimised scene but if yours can't don't worry too much. The build is made to look good with lower graphics settings too, you'll just miss the advanced shaders. I never cheat on my LoD models so you can safely set the RenderVolumeLODFactor to 1. The 1024 m draw distance is essential though, this is a BIG landscape.

Here's a picture of it. More pics at https://photos.app.goo.gl/9sPogP9BxKmAjH2o7 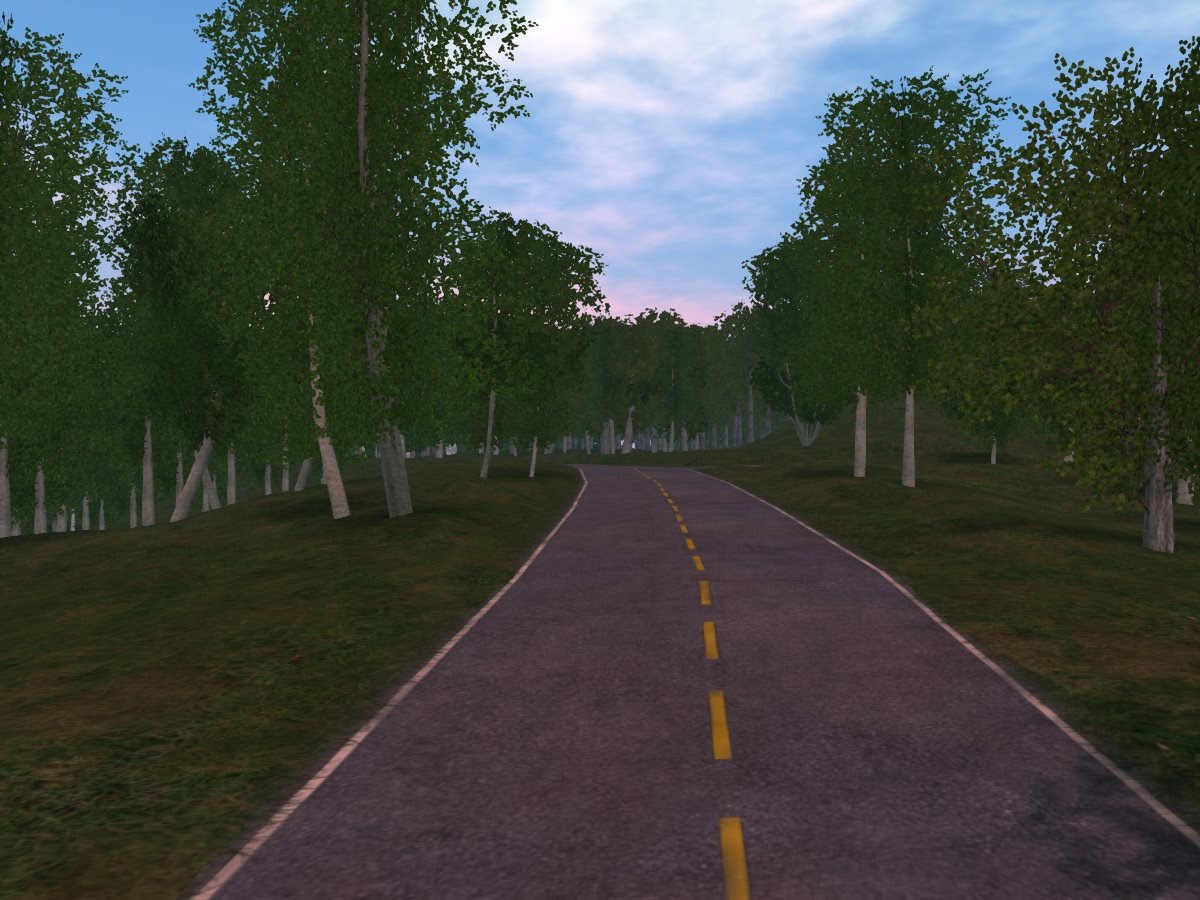 Some statistics as it is as I write this (and not including the opensimworld beacon at the landing point): The region loads in less than 15 seconds when it's offline and the frame rate I get there is about the same as I get at the Kitely Welcome Center.

The budget I've given myself for the finished build are all in fives: I'll probably end up with a few more scripts but I can't for my life imagine how I'm going to find room for all those prims and tris.

I may have come across as a bit arrogant in this thread and I really want to apologise for that. To make it clear, if you follow the advice Ozwell Wayfarer gave in the original post, you're a big step ahead of the rank and file of opensim and Second Life content creators.
But it is still only one step. If we want to create big, rich scenes everybody and their grandmother can enjoy, we have to take it a lot further. Skogholmen/Fallingwater demonstrates the level of optimisation we need for that.
Frustratingly, nobody else seems to be doing this and I can't understand why! It's not exactly rocket science, it's all about following the one fundamental rule all good craftsmen, craftswomen and artists throughout history have followed: Understand your raw materials and work with, not against them!

Now, I do understand that the happy hobbyists with no higher amibitions than to have a bit of fun don't learn the craft - in much the same way that I don't expect the violinists in our local amateaur orchestra to be able to play Bach partitas. I even understand why the kitch makers who dominate the SL market don't have time for technical quality. They have to focus on their bottom line of course and as one of them openly admitted to me: if you have a well known and established name, people there buy from you anyway.

But there still seem to be many content creators who aspire to a higehr technical skill level so why not go for it???

Edit: I forgot to mention that Michael has agreed to host it for a bit longer than the two weeks he mentioned at first. We're talking about a month now. I don't know what will happen to it after that. The buiold isn't really suitable for any fot he hosting packages Kitely offers so it's safe to say it won't stay on this grid permanently. It's possible it'll end up somewhere else on the hypergrid eventually but most likely, I'll jsut take it down for good once Micael is tired of paying for it.
Top
Post Reply
31 posts