Heya all, just want to shout out about a 3rd party
terrain editor, TerreSculptor that will soon have
support for Opensimulator and Secondlife raw
terrain file format.

For the past few years been bugging
the author to add it so finally the time has
come... he's very active and constantly
adding new features... 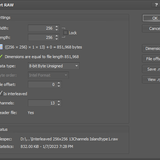 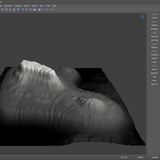 It's a nice app. I used it a while back to create a raw file from Lidar data. It was a bit fiddly as I recall so any smoothing of the process is most welcome.

VERY Cool!! Inworld levelling just stinks.. esp. in OS.. works fairly well in SL, but in OS i most always have issues with the ground staying "pokey/bumpy" no matter what I do.. and then some days it's fine.

But it's rather pricey with more features than most need.

These users thanked the author Shandon Loring for the post:
Gusher Castaignede

I haven't checked out TerreSculptor yet... but the following link is a multi-part tutorial on using Leveller for Terra stuff specifically related to OpenSim, maybe some tidbits there that may be helpful and applicable to both...

http://asstnotesideas.blogspot.com/2017 ... art-1.html
"Leveller is a powerful 3D terrain editor for windows from Daylon Graphics. With Leveller the user can "paint" terrain, use vectors to create contours (which can then create heightfields) and use a variety of filters and tools to create distinctive and realistic terrain features (see the website for a more complete list of features). Users can also import and export heightfields in a variety of formats, and the latest update includes methods to easily import from and export to terrains with OpenSimulator (Opensim for short). This tutorial gives a run though on how to do that and why."

I have Leveller too and other terrain editors, but got hooked
to TerreSculptor for its ease of use and dark skins...
today the author released an initial release already...
playing with it... lol! He has a Discord channel
https://discord.gg/29H3st9U ...
More new features coming including
Auto Materials, Terraform brushes and more... 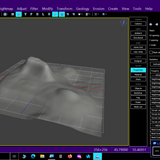 These users thanked the author Gusher Castaignede for the post:
Graham Mills

Oh yes, I lvoe Terresculptor. It's simple but quite effective especially for generating nice mountain ranges. It used to be free though and I don't think it is anymore.

My favorite terrain editor is still L3DT though. It's old and abandoned by the creator but it still has a lot of power and it has manual editors similar in style to opensim's/SL's (only far better) so they are fairly easy to figure out for those of us used to inworld terraforming. Generally I've found that Terresculptor is better for generating terrain while L3DT has an edge when it comes to manual editing so I often sue them in combination: create a terrain with Terrwculptor and then tweak it with L3DT.

Link: http://www.bundysoft.com/L3DT/downloads/
You want the free Standard Edition. The Professional Edition is a bit problematic since it's not for sale anymore and the only real limitations with the standard are that it only supports terrains up to 1024x1024 m (a 4x4 in otehr words) and won't allow you to split the terrain across multiple sims- Neither of these limitations are really relevant for Kitely.

There is also a free full feature version somewhere - 22.06 Pro x64 dev build 1 - but I can't for my life remember how I found it and I can't find any links to it on the website.

I also have L3DT, the Pro version...even have World Creator 3..

TerreSculptor bought the Pro student version years back
so got a discount on version 3... all major updates free
including access to betas...

...the upcoming update for easier splatmap creation
will be a blast as I also create terrains for Sansar
platform which uses splatmaps to disperse terrain
textures..

These users thanked the author Gusher Castaignede for the post:
Christine Nyn

So I did a little research, and found this fascinating article:

Thank you Gusher for opening up new vistas...

These users thanked the author Christine Nyn for the post:
Gusher Castaignede

Unfortunately this is all about terrain texturing so it's not relevant for opensim. Keep in mind that we can only import geometry from a terrain editor. All those lovely texturing, shading and normal map features they offer are useless to us.

There may be one improvement to terrain texturing coming up. LL is working on hex tiling for ground textures and I assume it will be implemented on opensim too if/when it is launched. It won't give us more texture blending options than we have but at least the repeats won't be nearly as noticeable.

These users thanked the author Tess Juel for the post:
Gusher Castaignede

...for OPENSIMULATOR and SL the only benefite is RAW terrain file
itself...import/export ...create it externally then import to your
sim.... all the other advanced features are for platforms that
support it...

These users thanked the author Gusher Castaignede for the post:
Tess Juel