Have Avatar body Shapes been changed in the past few weeks in some way? Could it be connected to recent updates with Kitely?

I have been working on a set of Avatar body shapes for the market. They seemed to be fine for a week or so. But this week I checked them and they all seemed corrupted--they were nothing like what I created. I've had to start over from scratch. Anyone else having similar issues? Any advise?
Garden Castle - Market & Demo Info: http://www.kitely.com/market/product/42 ... ob-Designs 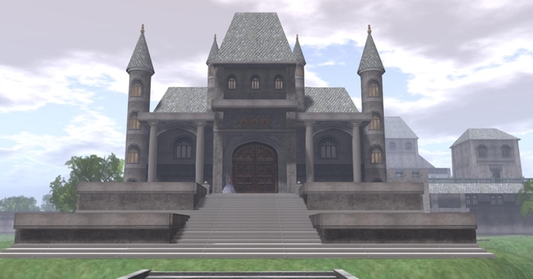 We haven't changed any code that relates to avatar appearances since the upgrade to OpenSim 0.7.6.
Top

When you say the avatar shapes were "corrupted", in what way were they corrupted? Also, did you ever give it a few minutes to see if the shapes eventually looked like they were supposed to?

I'm curious as to whether this could be related to the intermittent problems that I and others have been having with shirts being warped - see this thread for details and photos:
http://www.kitely.com/forums/viewtopic.php?f=30&t=980
Deuce Halsey
Just4yucks in Kitely Marketplace
http://www.kitely.com/market?store=2704782
Top

Sorry for the delay in replying Deuce. I didn't see your question till just now. The avatar shapes where completely different from what they had been when I originally saved them. I had saved them as beautiful shapes. A few days later, the were simply hideous shapes. It looked like they didn't remember half of the numbers I had recorded for them. There was no way to repair them, as I had not recorded the entire set of numbers. So the work was completely lost. The avatars never returned to their original shape. The avatar shapes were beautiful for many days. Then one day, they were entirely wrong--absolutely hideous from any human's standards--and they never returned to normal. The trunk, waiste, shoulders, height, all looked to be off, as well as other numbers. But I couldn't say for sure which numbers were off--because again, I had not recorded the original numbers.
Garden Castle - Market & Demo Info: http://www.kitely.com/market/product/42 ... ob-Designs

Well if your avatar shape never returns to normal the problem seems entirely unrelated to my shirt-warping problem.

Occasionally I still get the shirt warping effect to this day. But if I wait long enough the texture appearance returns to normal.
Deuce Halsey
Just4yucks in Kitely Marketplace
http://www.kitely.com/market?store=2704782
Top

Have you checked with a different viewer? sometimes the viewer cache can mess things up.
Top

These users thanked the author Constance Peregrine for the post:
Aire Xaris

It did not seem to be viewer related. I opened the shapes in other viewers and the shapes remained destroyed. I had to trash them.
Garden Castle - Market & Demo Info: http://www.kitely.com/market/product/42 ... ob-Designs