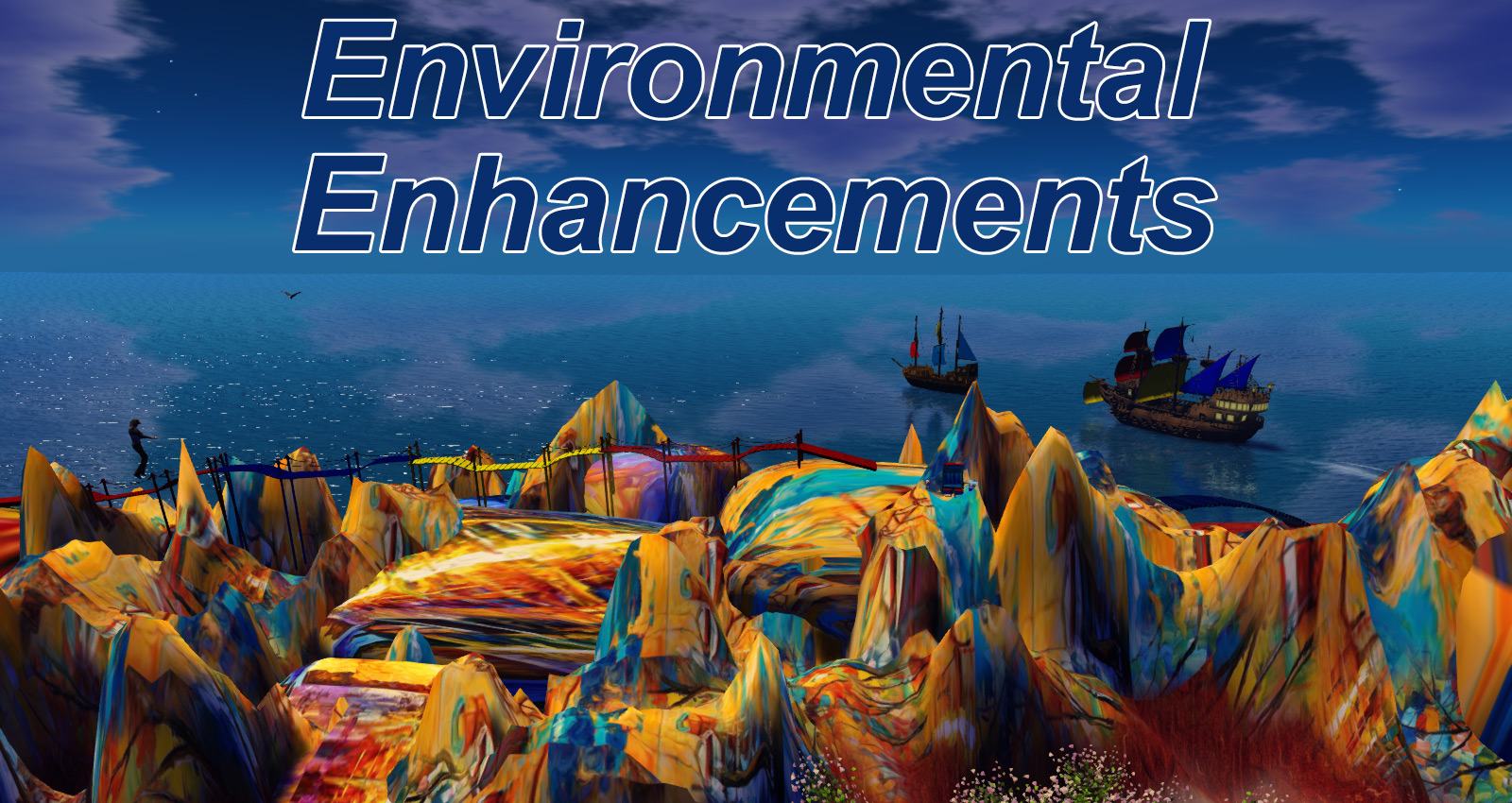 Kitely runs the latest stable release of OpenSim, which is currently OpenSim 0.9.1.1 (along with over 600 proprietary improvements of our own). Most of the changes in today’s update were taken from OpenSim 0.9.2, which is currently in development and isn’t finished yet. We value stability, so normally we wouldn’t integrate code from an unreleased version of OpenSim. We prefer to wait until OpenSim’s bugs have been ironed out through testing on other grids. However, in this case we had good reasons to integrate some features from OpenSim 0.9.2 even though it hasn’t been released yet.

The reason we added the Environment Enhancements is that the previous environment system (WindLight) doesn’t work with modern viewers anymore, so it was important to provide a replacement.

We want to take this opportunity to thank Ubit Umarov for his continued work on improving OpenSim: he wrote the vast majority of these features, and he’s working hard on getting OpenSim 0.9.2 finished and released.

You can now use the new Environment system in your worlds. If you look at your Region or Parcel settings, you’ll see that the Environment tab has changed: instead of showing Windlight settings, now it shows EEP settings. The world has an overall environment, and optionally parcels can override that environment. You can also create a private environment just for your avatar.

Another change is that OAR files now include the region and the parcels’ environments. (OAR files did not include Windlight settings, so this is a big improvement.)

Kitely now supports a new type of asset, called Settings (short for “Environment Settings”). This asset has three sub-types: Day Cycle, Sky and Water. You can add items of this type to your inventory, and you can also include them in products that you sell in Kitely Market. If you want to sell standalone Settings assets then we’ve added a new category for this purpose: Landscaping and Plants > Environments.

Migrating from Windlight to EEP

If you have Windlight settings in your regions then they will be converted to EEP automatically.

If you have Windlight settings in your parcels then they will not be converted to EEP automatically. That’s because unlike region settings, the parcel settings aren’t stored on the server. Instead, they are stored in XML files on your PC. In order to migrate them to EEP you will need to do the following:

1. Identify the Presets used in your parcels. For example, suppose that you have a parcel that has the following line in its description:

2. Locate these presets (as XML files) on your PC. There are two directories that can contain Presets: in Firestorm, and in your local settings.

The Firestorm presets are located in the following directory:

In the example above, both of the presets can be found in the Firestorm directory. However, if you don’t find the presets in this directory then look for them in your personal presets directory, which is at:

If you can’t find the Presets in either of these locations then they never worked, because the viewer wouldn’t have found them either.

If you do find the Presets then convert them into the new Settings assets. This requires Firestorm 6.4.13. Select from the menu: World > Environment > Bulk Import, and then select the specific type of asset that you are importing. This adds Settings items to your inventory, in the “Settings” folder. You can then use these items to set the parcels’ environments.

This update includes many scripting changes. In some cases these changes are very significant because they don’t affect only the scripting functions (in LSL or OSSL), but also how OpenSim works at a basic level. The next few sections describe these changes.

Most of the new functions may be called by anyone, i.e. they don’t have a Threat Level.

The following functions allow working with the Environment, or with related aspects (such as the current time).

The following functions have changed their behavior.

We increased the number of products that are displayed in each Kitely Market page to 24 products (previously we showed 15 products).