We updated Kitely today with several features that improve the in-world experience, including a system that automatically optimizes Kitely worlds so they’ll start faster.

A common problem in OpenSim is that objects that have complex physics meshes can cause the world to start slowly. A physics mesh is the part of the object that determines where it’s solid, and where avatars can walk through it. For example, suppose you have a large arch in your world. The object’s physics mesh would also be in the shape of an arch: this is what allows users to walk back and forth under the arch.

Most physics meshes are simple and don’t cause a problem. However, if these physics meshes are very complex (i.e., they contain many triangles), then it takes OpenSim a long time to parse them. This makes the world start slower, because this parsing is performed when the world starts. In some cases we’ve seen worlds that take an extra 10 minutes (!) to start, just because of the time that they have to spend parsing complex physics meshes.

In the past, when we’ve seen this problem we used to contact world owners and ask them to fix their objects: either by simplifying the physics mesh, or by making the objects phantom (since a phantom object’s physics mesh isn’t used, and therefore it doesn’t take any time to parse during startup). But this took a lot of work both on our part, and on the world owner’s part, who had to track down all of the objects and fix them.

Here’s an example of part of such an email:

This feature is now live in all Kitely worlds.

Enabled llRequestURL in the Same Region

Before today’s update, there was a problem with llRequestURL: the URL that it returned only worked when it was called from other regions. However, when it was called from a prim in the same region, it didn’t work. This happened due to a security feature in OpenSim whose details are too technical to explain here. If you’re interested, see this forum thread for more information.

We’ve now fixed this problem, by having llRequestURL provide URLs that contain an IP instead of a hostname.

Some of our users have said that they often reach the limit on Offline IMs (which was 25), causing them to miss some IMs. Therefore, we’ve increased the number of Offline IMs that are saved for each avatar from 25 to 50. This is the same limit that Premium Account users in Second Life get.

An important part of the Kitely experience is the Kitely Welcome Center. This world is the main entry point to our grid, and it serves to introduce new users to the wide range of services and destinations available in Kitely.

We are happy to announce that today we rolled out a new and improved version of the Kitely Welcome Center. This updated version was created from scratch, with the goal of retaining the spirit of the previous welcome center while improving its usability and performance. 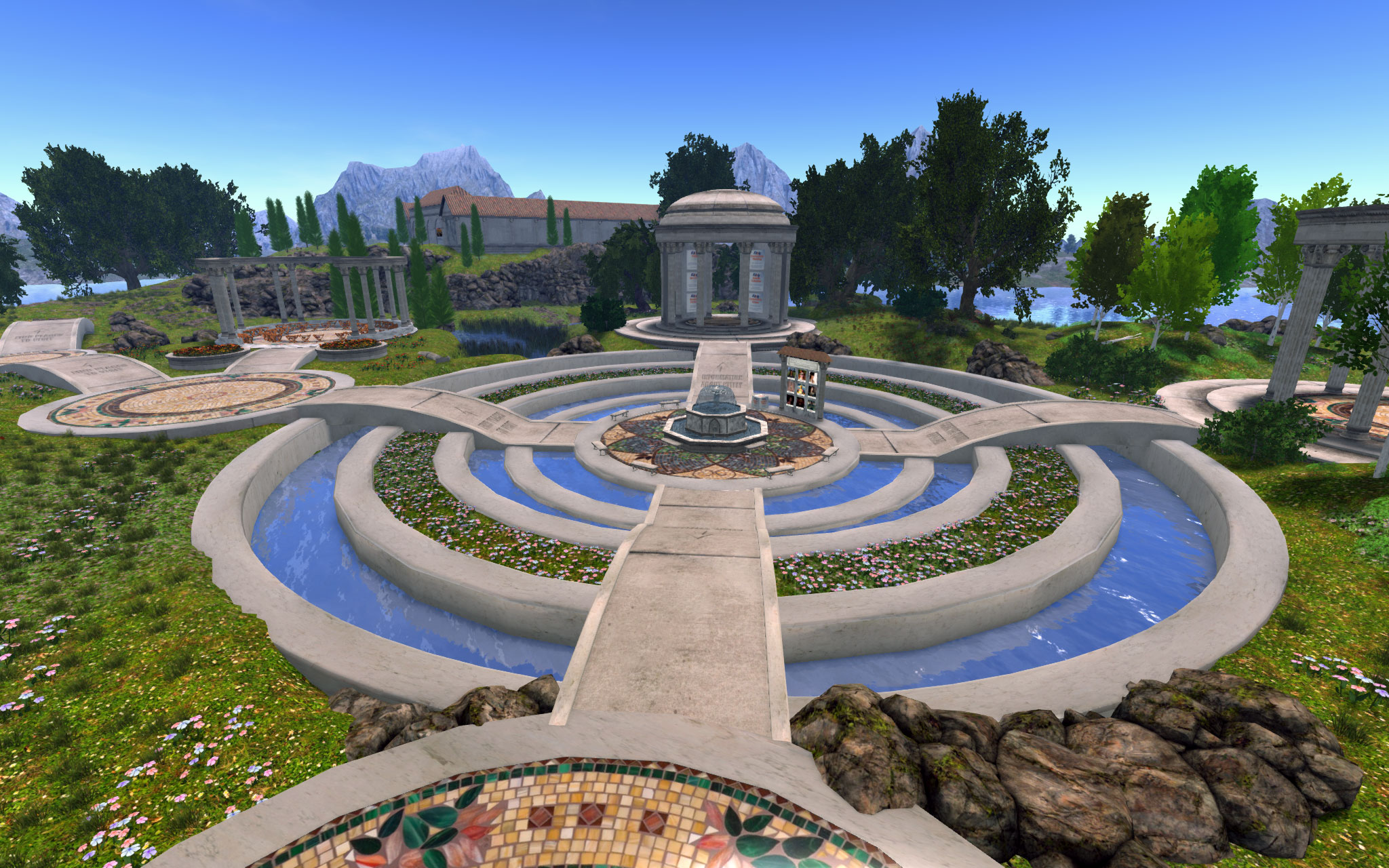 The Kitely Welcome Center is the result of an ongoing community project that was first launched in 2013. The current redesign was made by the following people who generously contributed their time:

We want to give special thanks, yet again, to Ozwell Wayfarer who spent hundreds of hours creating this new world. While many other people played a part in creating the new welcome center and the ones that preceded it, Ozwell did the lion’s share of the work in making this new iteration possible.

Thank you to all past and current contributors who’ve helped build this wonderful virtual world. We welcome everyone to come and visit!